Home
My story with men

My name is Ana and I am going to tell you about my relationships with men, as you can imagine. Not because I have had many at 29 years… rather the opposite.

And to talk about that I have to go back, far behind

I was literally unable to interact with someone at the institute

When I was in high school, I could see how many girls dating. I did not know what that was. No one noticed me at that time, even when I went out to party with my friends (and I was not the ugly friend!).

At the beginning, I thought they were especially attractive, but it was not. Most of them did not stand out because of their physique, and there was not such a big difference at me.

In fact, others did bind and were not especially attractive. There was even some little plush that attracted all eyes… and I kept wondering why they did and I did not.

The university did not improve my situation

When I started college things did not change much.

There everyone was nicer and had passed the “the awkward stage”, but I did not get much either. Some people stayed close, others I liked even rejected me… who rejects a woman in college?

Besides, at that time my friends were already beginning to have serious relationships. Although we still met, the priority for them was theirs boyfriends and I felt more and more alone.

Sometimes we would get together with the friends of the boyfriends of my friends. I know they wanted me to get together with one of them, and in fact some people looked at me. But they were weird guys and I did not like them. Could not be there any standard and nice guy? Was hooded or something?

When you are an adult you will find your partner…

After finishing college and finding work, I met a guy at the English academy which I went to and we started dating. I was then 25 years old and that was my first relationship.

Everything looked very well, until at 6 months he left me for other woman.

One year after the breakup, another man came into my life. The first months were very nice; you know that all relationships are like this. But then he started to appear more aloof and came to disrespect me in a way that I will not explain here.

I felt that kid was not right for me, but I did not dare leave him because I felt so insecure. So I found it hard to find someone to look at me at all, and for once I found it, failure was terrible.

Anyway, I did not have to decide whether or not to end that relationship. He took care of it (another one for the account).

Would I become the crazy woman with cats?

I seriously began to consider staying forever without a partner. I built my own armor and went from men. Total, I already knew that they would not do me any case so I embarked on my own crusade of hatred towards them and even did not look at them.

But every emotional shell has its weak points and mine had them. I did not want to see them, but they came to light when I met Javi. It was very nice to me from the beginning, besides having an out of the ordinary sensitivity. I did not want to trust the first impression, but I wondered if there was any chance.

Seeing my love trajectory, I did not trust absolutely in my seduction skills. Then, for the first time, it occurred to me to seek help. And what is the first thing that happens to us in these times? Yes, you guessed it: go to our friend Google.

I looked for expressions like “seduce a man”, “love a man”, etc.

The first thing I found was YouTube videos. There were many videos of people “expert” in seduction. I saw a few and I was amused, but I did not finish convincing.

So I kept looking and I got to something that really stunned me. It was a book written by Bob Grant titled “The Woman Men Adore…and Never Want to Leave”. Bob Grant had written that book after 15 years of experience helping women become attractive to men and hey… I did not look bad in my situation.

He had gotten women who did not attract the ugliest man on the planet even if they have a magnet. At first I did not trust much, it seemed too nice to be true. But something moved within me and I kept visiting that web for several days.

Until, I decided to try. Also, the price was ridiculous for my “exciting” life full of “expenses”. And that’s why I decided to buy the book, I had nothing to lose.

And I hit the center of the bullseye

Just reading the cover page was like watching the sky open.

Evidently that page was not going to reveal all the content, but gave enough clues to realize that Bob Grant knew what he was talking about.

On that page she talked about female behaviors that literally destroyed relationships. And I felt reflected in everything he described. That Bob Grant seemed to know me for a lifetime. I continued reading and thinking about applying everything I learned there.

It is very difficult to know people and more when it comes to relationships. Reading the book made me see that everything I thought I did right… really was terrible.

For example, I had always tried to be cheerful and accommodating with my friends and partners. Thanks to the book I realized that this was what made any man care about me. I did not have to be a bit of a jerk, but not “dumb” either.

I devoured the book in a few days and decided that I would take it seriously and take it into practice. And the next day I started.

I went to a networking event, as we call it in my world, to meet people related to my work and find opportunities for my company. Even I went there to do another thing.

There I talked to several people alone, including two men. 2 men who curiously listened carefully to what he said and that… they asked me my phone number to see me again! And I assure you that I was not talking about my company.

This never happened to me in my life.

Moreover, I also spoke to 3 women and even they paid more attention than in other similar acts in which I had participated. The book was definitely working or I was in the middle of a dream.

An event, a coffee, a life together

Next week I met with Javi again and I acted with him as the book said because I did not go badly.

I noticed him much more receptive and proposed to stay for a coffee the next day. And that coffee led to another coffee. And a drink. Then a dinner.

And today we have been together for four years, happier than a Disney finale. 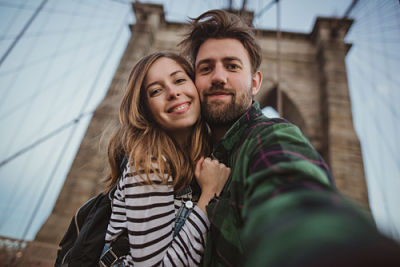 I do not think you want to know more about this, since for you the important thing is how I got here. Also, Javi is very shy for these and h hates talking about him on the blog 😉

Forget everything you’ve been told so far

Throughout our life, they have instilled many topics about men who have passed from generation to generation. And they are false.

For example, things such as that we have to wear tight clothing to attract them or that men are very simple and women very complicated. How many times have you heard this?

Aspects like these, and many more, are those that Bob Grant dismounts in his book. Aspects that make you go from being the Invisible Woman to Wonder Woman in a few weeks (not so much, but it sounds good and I like this super heroine).

I wish I had found this book before. I would have avoided much suffering. And hopefully you listen to me and read it before waiting 28 years for someone to notice you.

Have you read “The Woman Men Adore…and Never Want to Leave”, have put it into practice and you have a story to tell?

If you do not do anything, it will not change! So you know: ¡read “The Woman Men Adore…and Never Want to Leave”!

This website uses cookies to improve your experience while you navigate through the website. Out of these, the cookies that are categorized as necessary are stored on your browser as they are essential for the working of basic functionalities of the website. We also use third-party cookies that help us analyze and understand how you use this website. These cookies will be stored in your browser only with your consent. You also have the option to opt-out of these cookies. But opting out of some of these cookies may affect your browsing experience.
Necessary Always Enabled

Any cookies that may not be particularly necessary for the website to function and is used specifically to collect user personal data via analytics, ads, other embedded contents are termed as non-necessary cookies. It is mandatory to procure user consent prior to running these cookies on your website.